Service:
Architecture
Cottage town “HIDDEN”
The settlement is located in a forest area. We tried to preserve as many trees as possible, so we arranged buildings in a picturesque way using plots with more space. We formed a wavy street with buildings that would look relaxed in the natural environment.
The architecture of duplexes is formed by the play of two parts of the building deployed in different directions. Due to such approach, the duplex is not perceived as symmetrically divided parts, but gives an impression of a complete set. Using a more complex space you can better create a diversity when developing a settlement. In addition, the space shifting approach adds privacy to some parts of duplexes and, in particular, to their entrances. Traditional gable roofs fit well into the environment, which is formed by a leaf forest. In some corners of the buildings the second floor hangs over the first floor, thus protecting the terraces located in these places from precipitation.
Part of the territory is reserved for recreation activities. There are paths, children's and sports grounds, a rope park in the trees, as well as a secret garden. A secret garden is a recreation area with a platform with seats and a fireplace and a pergola walkway, which also has additional benches.
Year
2021
Location
Kiev region, Ukraine
Function
Cottage town
Type of activity
New construction
Area
140 - 156 sq m
← All projects 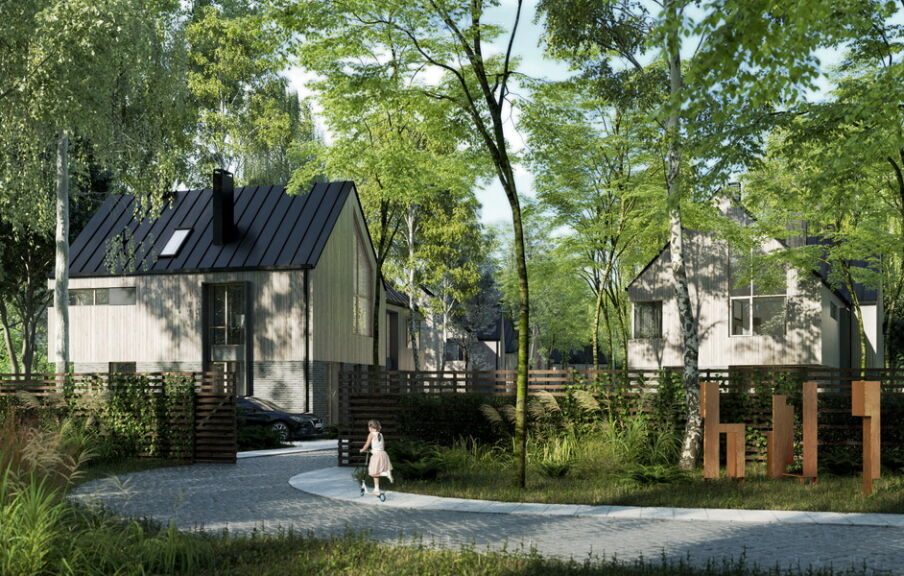 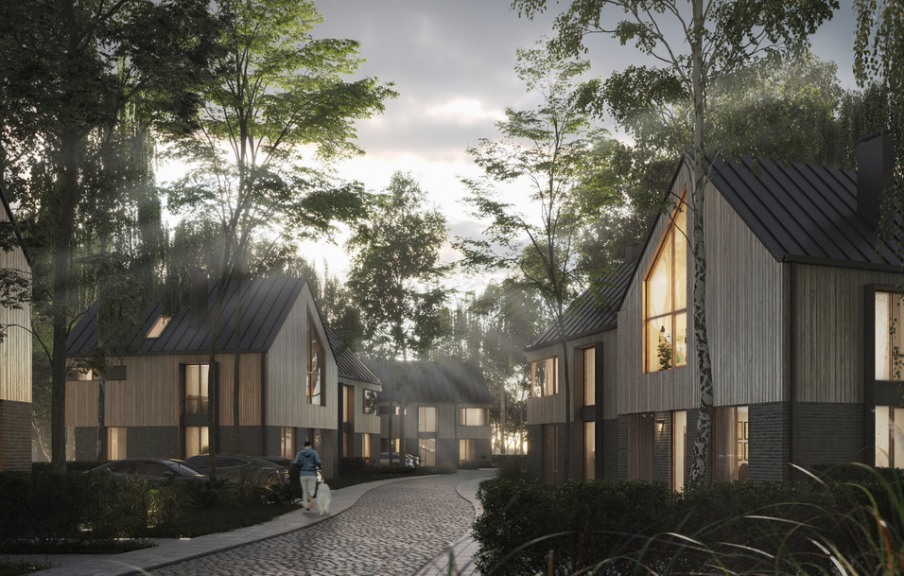 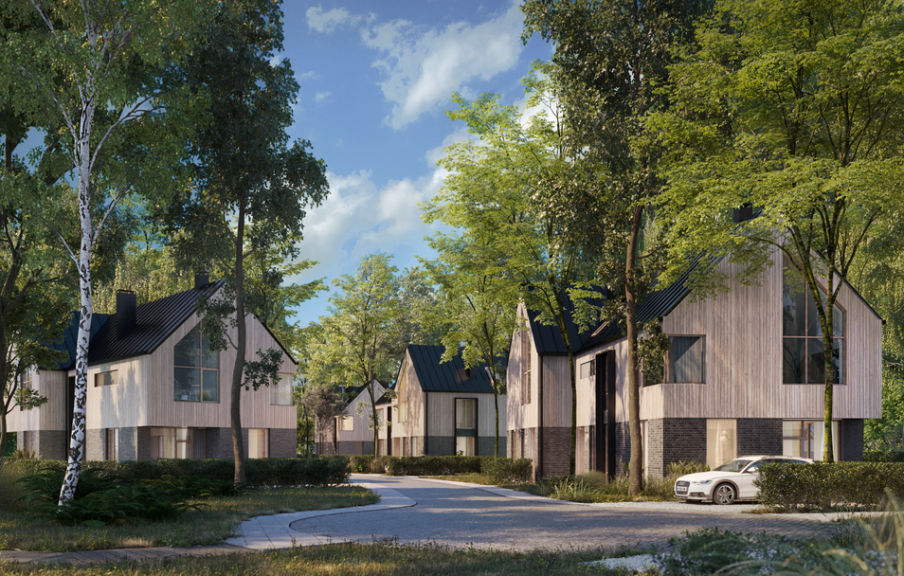 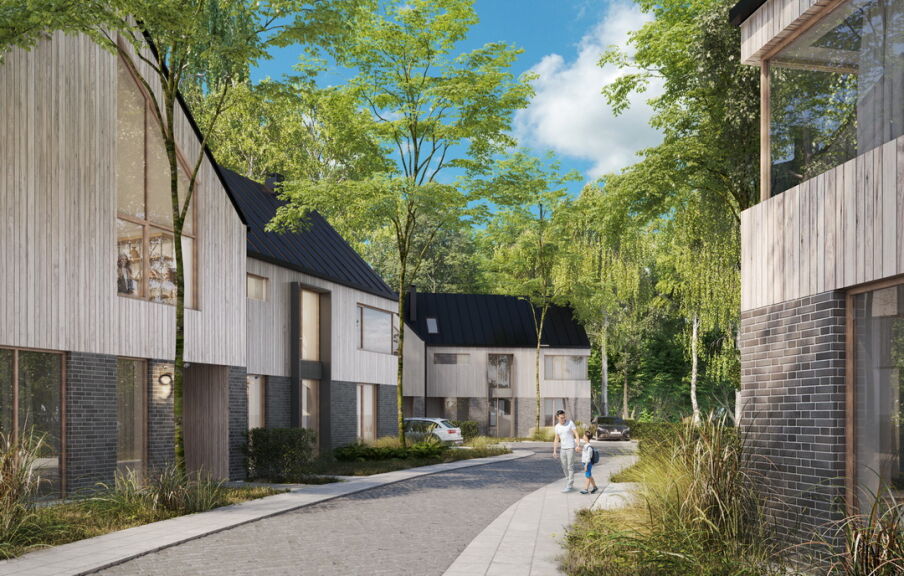 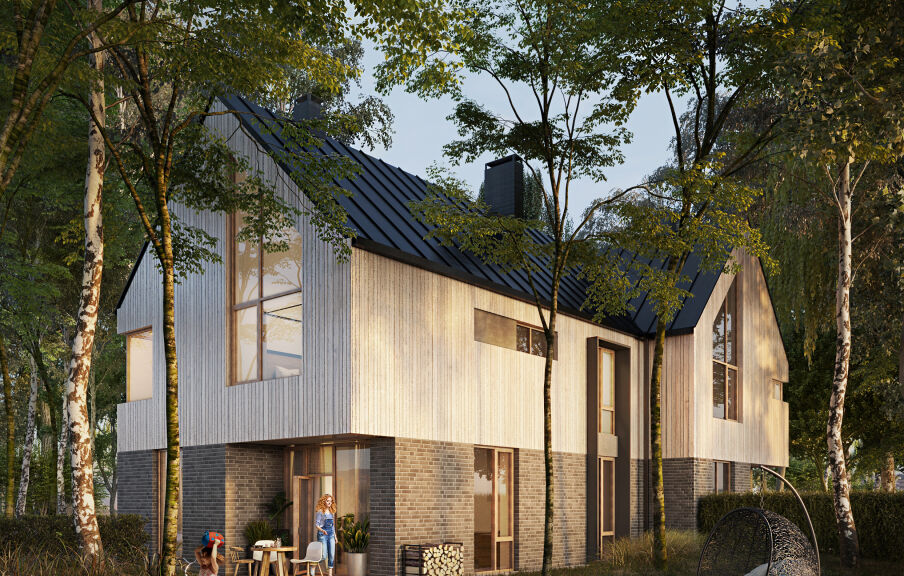 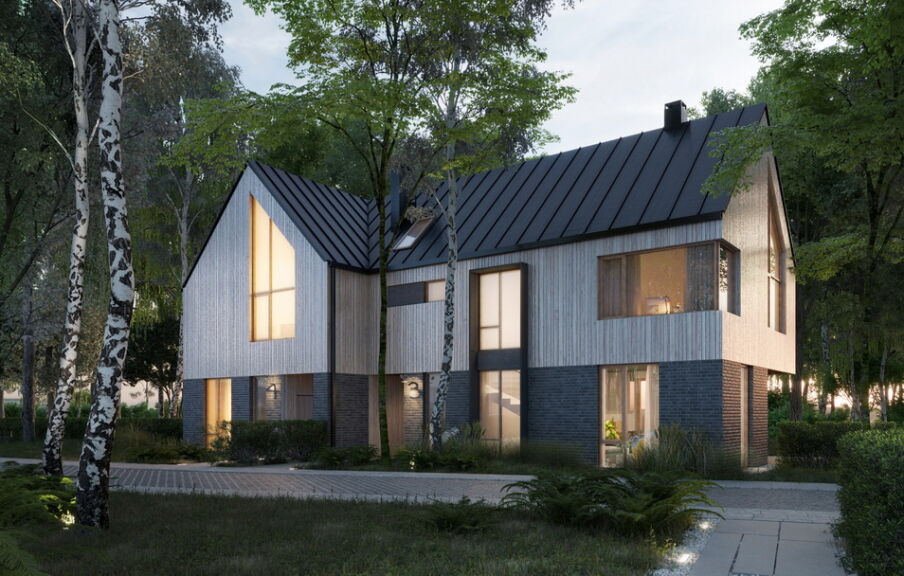 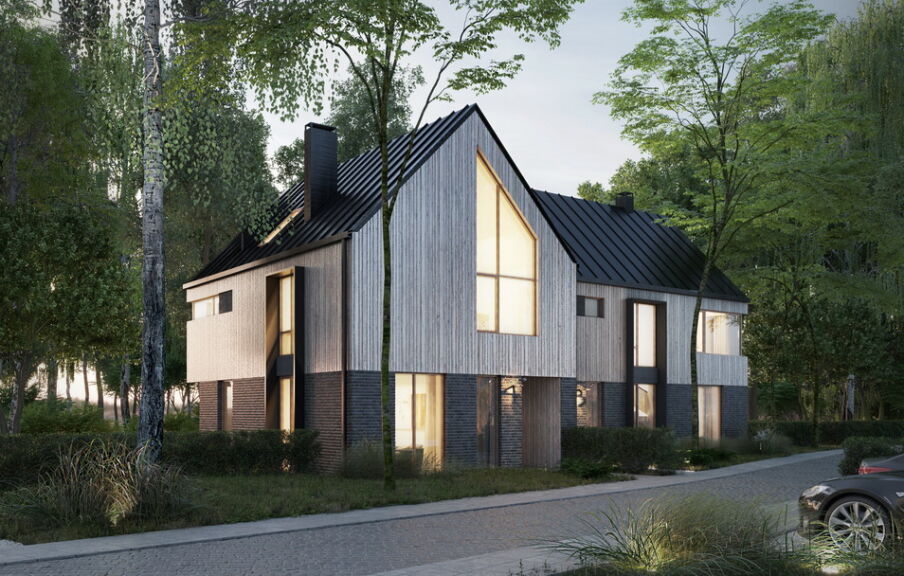 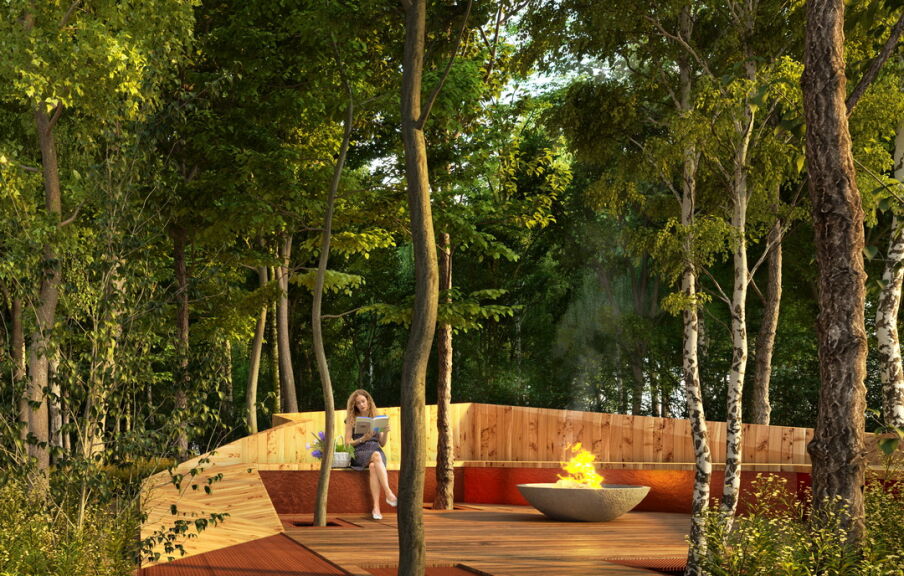 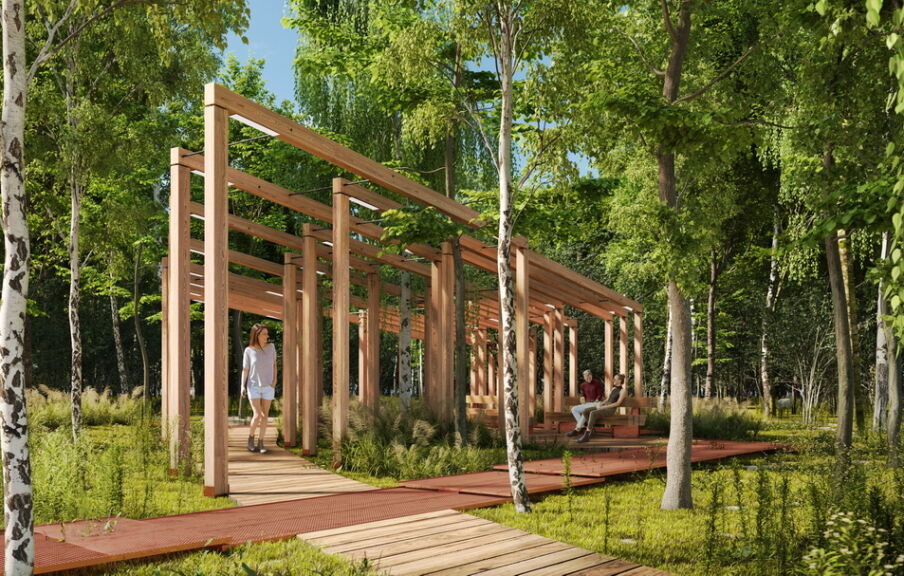